Lord of the Rings 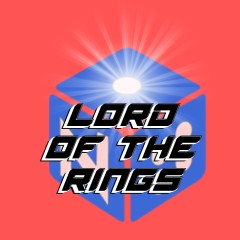 The Lord of the Rings: The Card Game

The power of Shadow threatens to engulf Middle-earth, enslaving the Free Peoples to the Dark Lord's will. A glimmer of hope lies with those willing to stand stalwart against the influence of Sauron. However, it will take the combined might of many to stand against the Dark Lord's legions, and time is growing short.

Set upon the rich backdrop of J.R.R. Tolkien's renowned fantasy world of Middle-earth, The Lord of the Rings: The Card Game is the first cooperative LCG. Designed for one to two players (or four players when combining two Core Sets), The Lord of the Rings puts players in control of a customized party of heroes armed with a variety of allies, attachments, and events from four different spheres of influence. Players combine their efforts to face off against different scenarios that are all run by the game itself.

Model: BGNM2895
The Lord of the Rings: Journeys in Middle-Earth – Spreading War Expansion
War has come to the realm of Men. Shadows spread throughout Rohan and Gondor, from the tangled depths of Fangorn Forest to the haunted ruins of Osgiliath. You have encountered ruthless mercenaries that have invaded the kingdoms of Men under orders from a mysterious figure, and now you must strike ou..
$91.99
Add to Cart
Add to Wish List Compare this Product
Buy Now Question
Quickview

Model: BGNM2189
The Lord of the Rings: The Card Game – Nightmare Deck: The Drowned Ruins
In The Drowned Ruins, you enter the Temple of the Deceived only to find that you must navigate labyrinthine Underwater passageways to reach the mysterious chest that can only be opened by the key in your possession. Holding your breath as you move between grottos, you are unable to ask for help from..
$9.99
Add to Cart
Add to Wish List Compare this Product
Buy Now Question
Quickview

Out of Stock
Model: BGNM2190
The Lord of the Rings: The Card Game – Nightmare Deck: The City of Corsairs
Marking the grand finale of the Dream-chaser cycle, The City of Corsairs Adventure Pack sends you to sea once more, charting a course for the lands of Umbar to retrieve your stolen artifact. But the relic has gifted your enemies with unnatural power, and they are not likely to surrender it willingly..
$9.99
Notify
Add to Wish List Compare this Product
Buy Now Question
Quickview 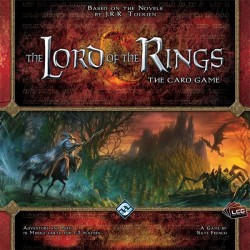 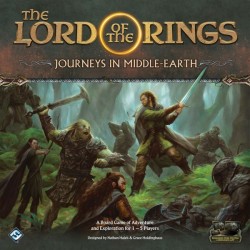 Out of Stock
Model: BGNM1497
The Lord of the Rings: Journeys in Middle-earth
Embark on your own adventures in J.R.R. Tolkien's iconic world with The Lord of the Rings: Journeys in Middle-earth, a fully co-operative, app-supported board game for one to five players! You'll battle villainous foes, make courageous choices, and strike a blow against the evil that threatens the l..
$127.99
Notify
Add to Wish List Compare this Product
Buy Now Question
Showing 13 to 20 of 20 (2 Pages)
Enter your email address below and we will notify you as soon as the product is available again.
Email