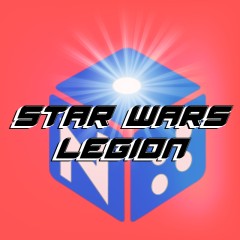 Warfare is an inescapable part of the Star Wars universe, from the blow dealt to the Rebel Alliance in the Battle of Hoth to a few Rebel strike teams taking on a legion of stormtroopers stationed on Endor. Seize your chance to get your boots on the ground and lead your troops to victory with Star Wars™: Legion, a miniatures game of thrilling infantry battles in the Star Wars universe!

Star Wars: Legion invites you to join the unsung battles of the Galactic Civil War as the commander of a unique army filled with troopers, powerful ground or repulsor vehicles, and iconic characters like Darth Vader or Luke Skywalker. While innovative mechanics simulate the fog of war and the chaos of battle, the unpainted, easily assembled miniatures give you a canvas to create the Star Wars army you’ve always wanted to lead into battle—whether you fight for the monolithic, oppressive Galactic Empire or the ragtag Rebel Alliance.

Preorder
Brand: Fantasy Flight Games Model: BGNM2760
Star Wars: Legion – A-A5 Speeder Truck Unit Expansion
Deploy your troops into the heart of battle with the A-A5 Speeder Truck Unit Expansion for Star Wars: Legion! A frequent sight in the Outer Rim Territories, the A-A5 speeder truck is both rugged and reliable — traits that make it perfect for conversion to a combat transport. Able to be fitted ..
$81.99
Add to Cart
Add to Wish List Compare this Product
Buy Now Question
Quickview 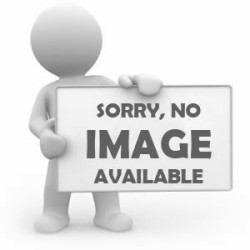 Brand: Fantasy Flight Games Model: BGNM2442
Star Wars: Legion – Lando Calrissian Commander Expansion
A smooth talking scoundrel and gambler, Lando Calrissian likes to keep his allegiance close to his chest. But when the chips are down and the galaxy is at stake, he sides with the freedom fighters of the Rebel Alliance. From captain of the Millennium Falcon to Administrator of Cloud City, no leaders..
$20.99
Add to Cart
Add to Wish List Compare this Product
Buy Now Question
Quickview

Brand: Fantasy Flight Games Model: BGNM2441
Star Wars: Legion – Agent Kallus Commander Expansion
Feared both within and without the Imperial ranks, the Imperial Security Bureau scours the galaxy for any disloyal to the Empire. Agent Kallus is one of the ISB's most effective agents, using his cunning and combat prowess to snuff out the spark of rebellion at its source.This expansion invites you ..
$20.99
Add to Cart
Add to Wish List Compare this Product
Buy Now Question
Quickview

Brand: Fantasy Flight Games Model: BGNM2366
Star Wars: Legion – Separatist Specialists Personnel Expansion
While the vast marjority of the Separatist Alliance's droid forces are programmed for battle, some specialize in things other than combat. Whether they gather valuable reconnaissance or repair their fellow droids, they serve a vital function in the war effort.The four droids you find in this expansi..
$45.99
Add to Cart
Add to Wish List Compare this Product
Buy Now Question
Showing 1 to 12 of 79 (7 Pages)
Enter your email address below and we will notify you as soon as the product is available again.
Email