Legend of the Five Rings: The Card Game – Under Fu Leng's Shadow

Preorder
Legend of the Five Rings: The Card Game – Under Fu Leng's Shadow
Based on 0 reviews. - Write a review
$41.99
Enter your email address below and we will notify you as soon as the product is available again.
Email

Add to Cart
Buy Now Question
Add to Wish List Compare this Product
The Shadowlands have always threatened the southern border of Rokugan—but now, the aimless and disorganized hordes of foul goblins, shambling undead, lost samurai, and hideous monsters have been united under a single vicious ruler. A monstrous oni stomps toward the Emerald Empire, leading waves upon waves of deadly foes to breach the Great Carpenter Wall. It is the greatest threat that Rokugan has faced in centuries—and even if the clans can unite, there is no guarantee that they will survive.

The Under Fu Leng's Shadow Premium Expansion is stuffed with 271 new cards for Legend of the Five Rings: The Card Game, and at the same time, it introduces two brand-new ways to play the game! Almost half of the new cards contained in this expansion are fully dedicated to the brand-new Shadowlands faction, and you can battle against the awe-inspiring might of the Shadowlands using two new game variants. You might choose to play the cooperative variant, either playing solo or teaming up with your friends to take on a mighty Shadowlands warlord. Or, you could embrace the darkness in a challenge variant, allowing one player to lead the forces of the Shadowlands into battle against two to four other players.

Whether you battle the rising darkness together with your friends, challenge them to fight the Shadowlands hordes under your command, or use this expansion’s clan cards in your stronghold or skirmish games, Under Fu Leng’s Shadow is packed to bursting with exciting new content for every Legend of the Five Rings: The Card Game player.

Marvel Champions: The Card Game – Gamora Hero Pack
Trained and tormented from childhood by the mad titan Thanos, Gamora is a deadly warrior able to wield nearly anything as a weapon and dispose of enem..
$19.99
Add to Cart
Add to Wish List Compare this Product
Buy Now Question
Quickview 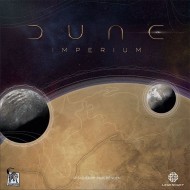 Dune: Imperium
Dune: Imperium is a game that finds inspiration in elements and characters from the Dune legacy, both the new film from Legendary Pictures and the sem..
$70.99
Add to Cart
Add to Wish List Compare this Product
Buy Now Question
Quickview 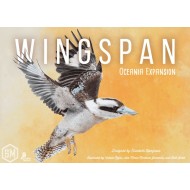 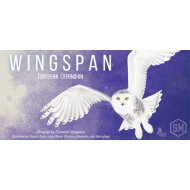 Wingspan: European Expansion
In this first expansion to Wingspan, we increase the scope of the world to include the regal, beautiful, and varied birds of Europe. These birds featu..
$26.99
Add to Cart
Add to Wish List Compare this Product
Buy Now Question
Enter your email address below and we will notify you as soon as the product is available again.
Email