SPECTRE: The Board Game 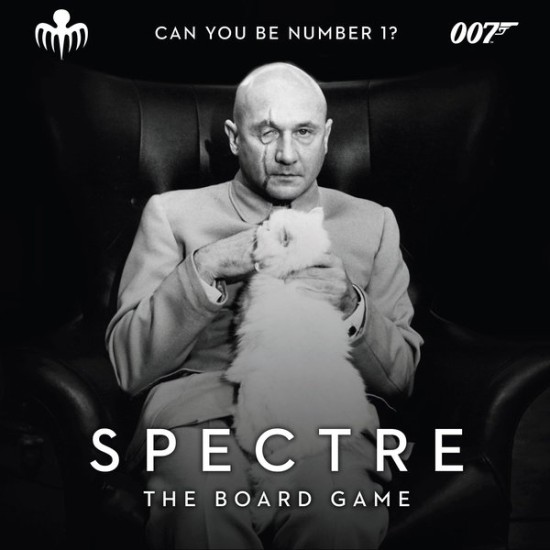 New
SPECTRE: The Board Game
Based on 0 reviews. - Write a review
$67.99
Enter your email address below and we will notify you as soon as the product is available again.
Email

Add to Cart
Buy Now Question
Add to Wish List Compare this Product
In SPECTRE: The Board Game, you take on the role of one of the many iconic villains from the James Bond film franchise, competing with one another to become Number One of the Special Executive for Counter-intelligence, Terrorism, Revenge, and Extortion, a.k.a., SPECTRE.

Are you simply in the game to acquire gold bullion, or are your aspirations more philosophical, safe in the knowledge that the world would be better off with you running it? Each villain has their own plot inspired by films such as Dr. No (1962) and Diamonds Are Forever (1971) driving them along the path to becoming SPECTRE's Number One. No matter how hard you try, though, 007 is always there, waiting to disrupt your plans and reveal your secrets.

SPECTRE: The Board Game features iconic weapons, locations, and characters from the James Bond films. You will be able to assemble devices, spy on your opponents, blackmail your rivals in order to build your own criminal empire, and strategically deploy your agents around the globe to infiltrate key installations. You need to work behind the scenes to develop your nefarious plots and become 007's biggest threat, so grab your Persian cat and call your favorite henchman as you prepare your newest monologue — it's time to get down to business and start building that moon base and world-destroying megalaser!