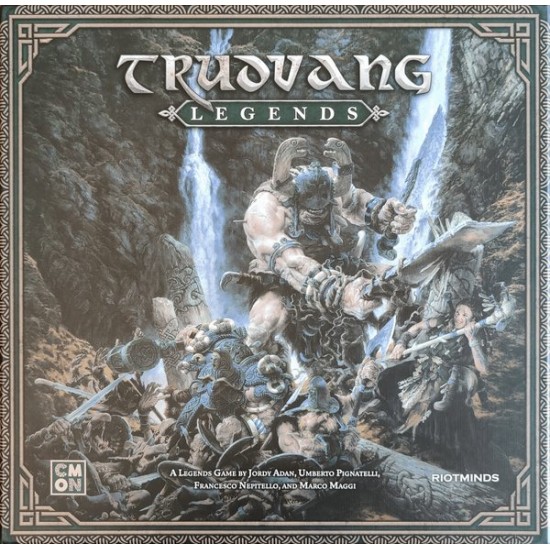 Preorder
Trudvang Legends
Based on 0 reviews. - Write a review
$146.99
Enter your email address below and we will notify you as soon as the product is available again.
Email

Add to Cart
Buy Now Question
Add to Wish List Compare this Product
Steeped in epic Nordic and Celtic myths and sagas, Trudvang Legends places players in the roles of legendary heroes who make their mark on a dynamic, everchanging fantasy world.

The game — based on the Swedish RPG, Trudvang Chronicles — thrusts players into a cycle of epic sagas in which their achievements change not only the world itself, but the very rules by which gods, peoples and nature interact. They will quest through an interwoven series of adventure books, and the results of their choices will echo through history: changing the relationships between sovereign nations, usurping kings, creating new waygates, or even locking and unlocking parts of the map.

Change in Trudvang Legends manifests physically as parts of the board actually change, making the actions of previous hero generations affect future sagas. However, the changes are only as permanent as long as history remembers them, which makes the game endlessly replayable, and even playing the same adventure book repeatedly will have a completely different feeling because the world itself has changed. Heroes, following a path of destiny, will even become historical fixtures as they become kings, guildmasters, or even gods!