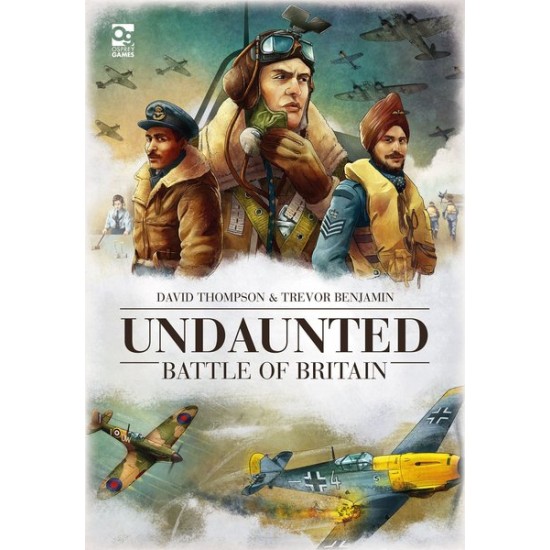 Preorder
Undaunted: Battle of Britain
Based on 0 reviews. - Write a review
$68.99
Enter your email address below and we will notify you as soon as the product is available again.
Email

Summer, 1940. The German war machine has rolled through the continent in less than a year, crushing all before it. Britain is all that stands in the way of German victory in Europe. Command the pilots of the battle-tested Luftwaffe who are looking to extinguish all resistance and pave the way to invasion, or the resourceful and determined RAF opposing them at every turn.

Undaunted: Battle of Britain is a standalone game in the Undaunted series, adapting the core gameplay of the previous games to recreate the dynamic dogfighting of aerial combat. Maintain cohesion between your pilots, evade anti-aircraft artillery, and leverage talented aces to win the battle for the skies!