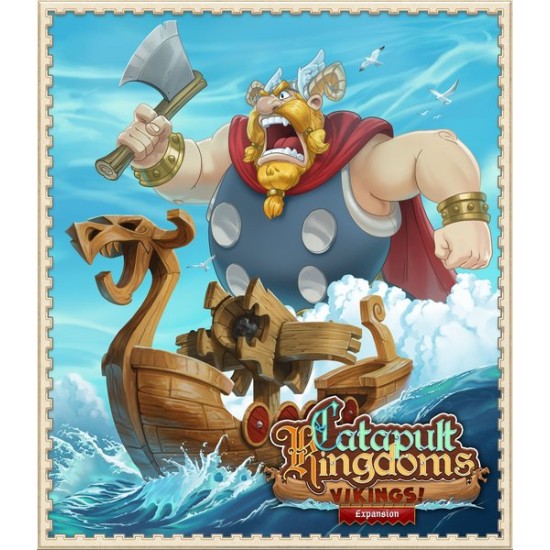 New
Catapult Feud: Vikings! Expansion
Based on 0 reviews. - Write a review
$46.99
Enter your email address below and we will notify you as soon as the product is available again.
Email

Add to Cart
Buy Now Question
Add to Wish List Compare this Product
Build your castles, set up your troops, load your catapults and use your cunning tactics to win the day!

The War for the Floor has begun once more!

Catapult Feud: Vikings! Expansion introduces a new game mode. During setup, place the Viking Longship in the battlefield at an equal distance between players. Shuffle the Viking cards and place them in a pile face down beside the Longship. Take 2 Viking warriors per player, place them in pairs at an equal distance between players. Each pair should face a different castle.

Beware! At the beginning of every round, the Viking warriors move forward, closer to the castles!

During the Tactics Phase, instead of playing an Action card from your hand, you may reveal and resolve the top card from the Viking pile.

Warning! This is a game of construction/destruction of plastic bricks and figures... NOT your opponent, pets, or people who may foolishly pass through the field of battle! Please play fair and be careful not to hurt each other or damage anything... other than your opponent's attempt at an impenetrable fortress!