Final Girl: Into the Void 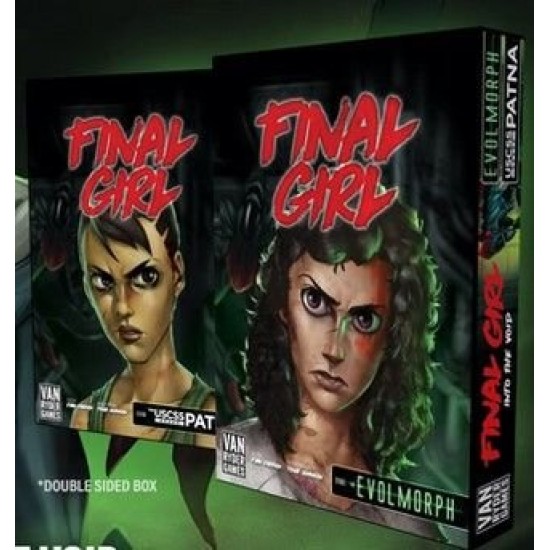 Preorder
Final Girl: Into the Void
Based on 0 reviews. - Write a review
$21.99
Enter your email address below and we will notify you as soon as the product is available again.
Email

Deep space. You and the rest of the crew of the USCSS KONRAD find yourself in deep sh... er ... space when you notice something scurries across the floor and into the ventilation shaft. Can you destroy it before it morphs into something much bigger and much deadlier? Or will the Evomorph harvest the bodies of the entire crew?

It’s kill or be killed in when you’re being hunted in space! The Evomorph will evolve over the course of the game and features a “vanishing” mechanic where it will disappear into the ventilation shafts only to return when you least expect it… or perhaps if you plan it right, into a well-laid ambush!

The USCSS KONRAD spaceship introduces ‘keycards’ that can be used to access different parts of the ship. Will you kill your foe the old-fashioned way? Self-destruct the ship and escape? Or perhaps you’ll try to airlock the killer into the void!

The Core Box, when combined with one of our Feature Film Boxes, has everything you need to play the game. Each Feature Film Box features a unique Killer and and iconic Location, and the more Feature Films you have, the more killer/location combinations you can experience!

Each Feature Film Box is double-sided, with amazingly illustrated covers on the front AND back. Not only that, but the magnetically attached box covers are removable, with the reverse of each functioning as the Killer and Location boards respectively.